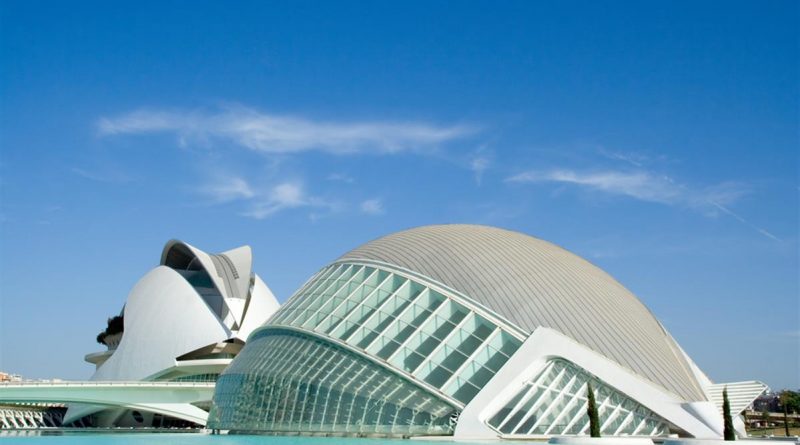 El Cid knew a good thing when he saw it, which was why he laid siege to Valencia in the 11th century. But he wouldn’t recognise it today in its modernity.

Yes, the Valencia of El Cid is nowhere recognisable today, save perhaps in the marshy wetlands that lie outside the city and which produce the rice for the famous Valencian Paella. Even more recent visitors than El Cid are amazed when they see the changes wrought in this most Spanish of cities.

Starting with the stunning architectural complex that is the City of Arts and Sciences – beautiful from whichever aspect one views it – to the King Juan Carlos Marina created for the 32nd America’s Cup Race and which is also the setting for the F1 Grand Prix of Europe, the effect is startling. The huge, white, Vales and Vents building designed by David Chipperfield and Fermín Vazquez, that dominates the harbour, gives some idea of the modernity that sits so well in the midst of this medieval city.

The mellow, golden stones of the churches and the renovation of the city’s old buildings – accomplished without losing any of their character – seem in complete harmony with the modern buildings that have sprung up.

This, the third-largest city in Spain, is very accessible and everywhere can be reached on foot. The old city itself, with thousands or years of history at its heart, retains many of the narrow streets and alleys of ancient days. Parts of the city have been opened out to allow traffic to negotiate the area but it has been done sympathetically and there is no hint of vandalism in this alteration of old to new.

Dominating the city is the tower of El Miguelete, part of the Cathedral, which is a useful orientation point in this city that radiates history.

The Cathedral of Valencia

The magnificent Cathedral has many architectural influences and has both Gothic and Renaissance doors. The former was revealed when the Cathedral underwent restoration a few years ago when the Neo-Classical ornamentation added in the 18th century was removed. It is austere in style, begun in 1262 and finished in 1702, incorporating many architectural styles in between. The Cathedral has 3 doors, the oldest of which is the Puerta de Palau which opens on to the Plaza de la Almoina. At the other end of the nave of the transept, the Gothic Puerta de los Aposteles leads to the Plaza de la Virgen.

This door is more famous, however, for being the place where the Water Court meets each Thursday to debate orally any disputes which have arisen with farmers. A representative for each of the seven irrigation channels that flow through Valencia’s farmland forms the Court, and they have met in the shadow of the great Gothic door of the cathedral at noon each Thursday for over 1000 years, the only type of its kind in the world.

The Lonja (The Silk Exchange) is a magnificent building with wonderful interior stonework, the city’s Gothic monument par excellence, and one of Europe’s most representative secular Gothic buildings. It was declared a World Heritage UNESCO site in 1996.

The building acted as one of the most important commercial trade centres during the Middle Ages and the entrance room, the chamber of columns is where deals were closed, but the visitor should view all the upstairs rooms with the magnificent carved wooden ceilings, and climb to the tower if possible. 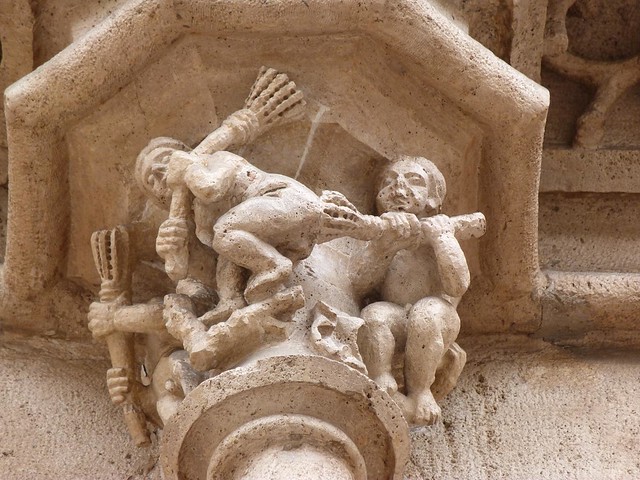 And look carefully at the gargoyles. They are quite surprising…

Many will consider the above to be the most significant sites in the city to visit, but for those interested in ceramics, the Museo National de Cerámica González Marti should not be missed, nor the Lladró Museum. For an insight into Valencia’s traditions, the Museo Fallero (the Fallas Museum) is a must. There are literally dozens of Museums in Valencia, and the best thing is to call at the tourist office and ask for advice.

Visits outside Valencia should include La Albufera Nature Park, both for its beautiful scenery and the traditional fare served there.

Further information can be found at the Valencia Tourist Office.