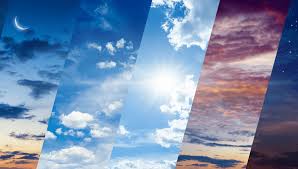 Latest News Local News National News
January 4, 2020May 11, 2020 Jeffery Bede
The average temperature in Spain was 1.8 higher than the norm for the season, with some areas observing highs of over 30ºC This past winter in Spain was the warmest the country has witnessed this century. The average temperature was 1.8 degrees above the normal for the season, according to a report by the Aemet state meteorological service, which studied results from weather stations between December 1st, 2019 and February 29th, 2020. Furthermore, the figures revealed this past winter was the second hottest since Aemet began maintaining regular studies in 1965. The warmest winter in Spain was the winter season of 1989-1990, exactly 20 years ago. Last winter, Tenerife Sur airfield saw temperatures rise to 31.9ºC, which follows a trend that has been observed in many parts of the world: a rise in the amount of record-breaking average temperatures. Experts blame this phenomenon on climate change caused by human activity, which is creating a surge in greenhouse gas emissions. Europe also saw one of its hottest winters since records started, with the average temperature 3.4°C over the average between 1981 and 2010. In fact, last February was the second hottest the planet has ever seen. The dilemma, according to experts, is not the record set last winter or in the previous three months, but the fact record-breaking temperatures are increasingly common throughout this century and decade. As well as the increase in average temperatures, some regions of Spain saw record-high maximum temperatures, according to the Aemet report. The airport in Valencia, for example, recorded a temperature of 29.6ºC, Spain also saw unprecedented lows. The enclave city of Melilla in North Africa recorded a tropical night with a low of 20.4ºC in the middle of winter.