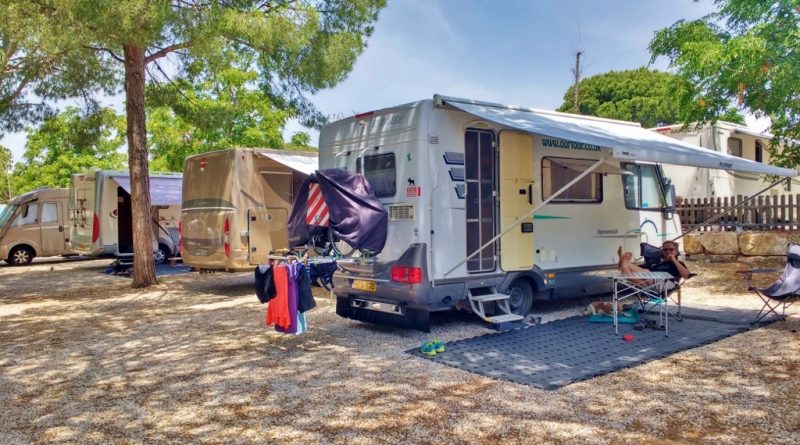 In January 2021, the Government de la Generalitat Valenciana approved a Decree regulating tourist accommodation, which will come into force from 8 May 2021. The new Decree included a controversial item related to where motorhomes may park up overnight.

This followed a recent ban on overnight stays outside approved campsites and other designated places in Portugal.

To understand the Decree, it is helpful to refer to January 2016, when the Generalitat de la Comunidad Valenciana approved Decree 6/2015, a regulator of campsites and overnight areas for motorhomes. For the first time, this text referred to the overnight sites for motorhomes as a camping establishment, a change that is gradually being introduced in all the Autonomous Communities. Therefore, landowners who regularly allow campers to park up would be subject to inspections, and facilities would have to be in place, complying with campsite regulations.

Subsequently, in June 2018, the Generalitat Valenciana approved Law 15/2018, on tourism, leisure, and hospitality, which allowed them legislate new conditions related to tourism accommodation. This Law incorporated all types of tourist establishments, including overnight areas for motorhomes, equating them with the rest of vacation accommodation in their obligations.

The new Decree does not introduce significant changes to camping regulations, and no one would likely have talked about the new Decree if it were not for the introduction of a small change, just a word, which nevertheless changed everything.

As the Decree of 6/2015 did, the new Decree 10/2021 identifies that, for the purposes of protecting and safeguarding existing natural and environmental resources, “wild camping” is prohibited.

However, while article 2 of the previous Decree defined wild camping as “the installation of tents, caravans or other mobile shelters, intending to stay overnight in places other than the establishments covered by this provision”, the new regulation also adds the word motorhomes.

There were concerns generated by the new Decree as the wording is vague. While it is clear in Article 1 that the Decree’s purpose is to regulate tourism accommodation, this has little to do with vacationers, who cannot be held responsible if the place they decide to book does not have their paperwork in order.

To add to the confusion, the General Circulation Regulation and, more specifically, Instruction 08/V-74 clearly states that, as long as a vehicle is parked correctly, the fact that people are inside is irrelevant. Thus indicating that motorhome drivers can park freely, even at night, as long as local traffic regulations are met.

In recent months there was some concern with respect to Article 2(5) of Decree 10/2021, and the inclusion of motorhomes in the description of wild camping.

The confusion caused by grouping motorhomes (vehicles governed by traffic rules) in the same category as tents, was clarified by the General Directorate of Tourism who issued this statement in February 2021:

‘With regard to the doubts being raised as regards Article 2(5) of Decree 10/2021, of 22 January, of the Consell, which approves the Regulation regulating tourist accommodation in the Valencian Community, it is reported that paragraph 5 of Article 2 of the decree indicated excludes from the application of that decree parking with or without the intention of overnight stay of motorhomes since it does not prohibit or regulate the parking of those vehicles since that question does not fall within the competence of the tourist administration’.

In other words, motorhomes are now excluded from the “wild camping rules”. However, in Spain, there are many grey areas when it comes to the Law, and we advise campervan owners to check with local authorities or tourist information offices before parking up for the night or to stick to official campsites.

Motor caravanning in Spain is a fast-growing tourist trend

There has been a significant boom in motorhome sales in Spain in the last five years, and this year they are being purchased at a rate of 25 vehicles a day, with an average price tag of €56,000. A less expensive alternative is to convert a conventional van into a camper, a market that is also growing.

When the coronavirus began in mid-March, there was a pause in sales, but demand grew in June when there was a 20% boost in sales from the previous year. This equated to 1,208 new motorhomes, according to Aseicar, the Spanish Association of Caravan Industry and Commerce.

It is believed the growing popularity of campervans is partially due to the complex situation of the pandemic, as motorhomes allow holidaymakers to travel independently and avoid crowds and social contact.