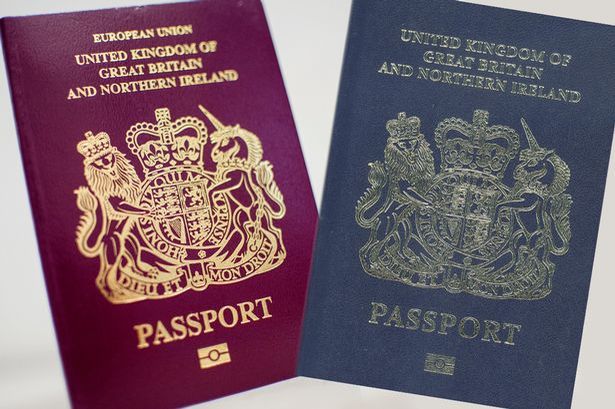 With the EU and the UK finally having reached a trade deal less than a week before the Brexit deadline, we look at how Brexit will affect UK residents.

Products sold between Britain and the EU will not have extra tariffs; therefore, both parties will continue trading in a similar way to prevent prices from rising and food shortages.

The deal struck by Boris Johnson was a decent deal for the UK as, under World Trade Organization regulations, products such as dairy foods and meat could have cost up to 50% more than pre-Brexit. However, strict checks will be implemented on food products by the EU, which could mean the UK’s food supply chain becomes slower and more complicated, and somewhat more costly in the months to come. Supermarket bosses claim shoppers will barely notice a difference in their weekly food shopping cost, and the deal is much more favourable for UK consumers than a no-deal Brexit outcome.

Traveling within the EU

British residents can continue to take holidays in Europe and travel for business reasons, but free movement of people between the EU and the UK will end.

UK citizens may stay in the EU for 90 days during any 180 days, and vice versa for EU citizens visiting the UK. Therefore, those wishing to remain in the EU for longer trips or frequent business travellers, will find matters more complicated in 2021. When traveling, British passport holders will not be able to use the same passport queue reserved for EU citizens.

Those who already live in an EU country (before December 2021) but do not have a residency permit, will have until June 2021 to apply.

A primary concern for UK residents is if they will have to pay for healthcare while abroad. The good news is they will still be entitled to free healthcare after Brexit.

Those assigned a European Health Insurance Card (EHIC) before January 2021 can use it until the expiry date. As of 2021, a UK Global Health Insurance Card will be issued for state-provided medical care. The GHIC entitles the holder to free treatment should they have an accident or become sick in the EU, Switzerland, Norway, Iceland, or Liechtenstein.

It will furthermore cover existing illnesses and maternity care.

Those who need specialised treatment, must make sure it is available at their destination before travelling.

From January 1st, pet passports are no longer valid, but pets may travel within EU borders, provided they are vaccinated against rabies and microchipped. They will also need an animal health certificate issued by a vet ten days before travelling. The certificate is valid for four months and a single trip only.

Free mobile phone data roaming will end, but the UK and the EU have consented to agree on reasonable international mobile roaming charges.

UK driving licence holders will not need to apply for an International Drivers Permit in the EU, as was expected. Instead, an international driving permit is obtainable at UK Post Offices for £5.50.

UK drivers also need to carry a car insurance green card to prove they are insured in the UK. Drivers can apply this for the card through their insurance provider.

Britain’s new passports are blue with the word ‘European Union’ removed from the cover. Travellers can continue using their EU passport until it expires.

The pound rose after the parties agreed on the free trade deal and with the pound exchange rate higher than previously, so travellers will get more euros for their money than after the Brexit vote. However, sterling is still 10% down than on the day of the 2016 referendum.

The EU’s law on flight refunds has been introduced into UK law.

Anyone booked on a flight to or from an EU country that is delayed by more than three hours or cancelled altogether, is entitled to between £110 and £540 compensation per traveller. This compensation rule applies only if the airline is at fault.

EU travel firms will also still have to give compensation to UK customers if their company goes bust.

The Brexit Deal’s impact on property prices is still unknown, but industry experts believe other circumstances, prominently the pandemic, are more likely to affect prices than Brexit.

EU citizens living in the UK

Nothing will change for EU citizens currently living in the UK, but they may have to enroll with the EU Settlement Scheme to remain living in the UK after June 30th, 2021.

Working in the EU

Britons will not have the same rights to work or start a business in the EU, as they did before Brexit.

They can go on business trips, although they will need a visa for periods longer than 90 days.

People in highly-skilled professions will find it more straightforward to work in the EU than unskilled workers.

Previously, British qualifications in specialist fields such as physicians and engineers were accepted as equal to those of other EU countries. From now on, they will have to have their qualifications affirmed by local authorities.

The UK has left the EU-funded Erasmus, a student exchange programme. Erasmus, which the UK has participated in since 1987, enables students to study and work across Europe. In place of Eramus, The UK will introduce a new scheme named after Bletchley Park codebreaker Alan Turing to allow British students to study at universities worldwide.

Students in Northern Ireland will still have access to Eramus due to an understanding with the Republic of Ireland.

The government confirmed students already registered to take part in Erasmus courses in 2021 could continue, but no new applications will be accepted after January 1st.

Further details about new arrangements are expected over the next few weeks.