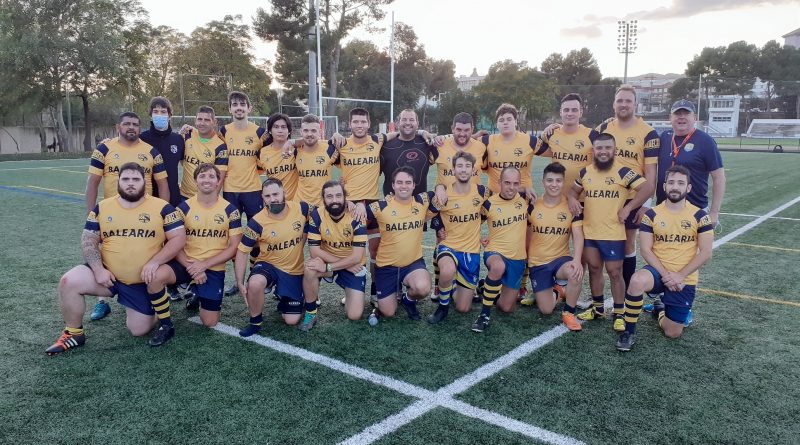 Denia Barbarians Rugby Club continued their fine winning start to the season with an away 28-5 victory to Inter Rugby Club, a combined team of players from Tavernes, Cullera, and Alzira.

Matches against Tavernes are historically hard fiery encounters and this was no different. Going down to an early try by the home team, Denia quickly exerted their dominance in the lineout and scrum and scored two tries before the break, excellently converted by new player Elliot Yates, a recent UK addition to the squad.

Denia continued to increase their lead during the second half with fine tries from Andresito at scrum half, Pollo, the “flying winger” and the evergreen Yovanny who never likes to be left out if tries are on offer.

The match was rounded off by new player “Tom” again a new English player recently moved to the area, who after coming on as a replacement on the wing, scored a fine try in the corner after a well executed move from the Denia backs which also involved our new Rugby League full back, “Storming Norman”.

It was an excellent all round team performance with everyone contributing to the victory including newly promoted youngsters Gianluca and Leandro at props.

A special mention should go to Greg, our recently acquired NZ flanker who again put in a solid performance, and our own two famous brothers Felipe at second row and Ramiro at fly half, who stood out in the forwards and backs respectively.

We look forward to our next match and welcome any new players to the club, both juniors and seniors, who want to become involved in playing rugby on the Marina Alta.