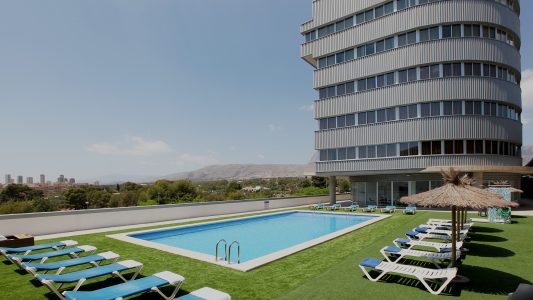 A small number of Costa Blanca hotels are planning to open as most of the country enters Phase 1 of de-escalation. The hotels are located in the popular tourist destinations of Benidorm, Alicante, and Elche, but the first guests will not be tourists, but workers in need of accommodation. No tourists are expected until at least the end of June.

The Benidorm hotel to open is La Estación, which is part of the Poseidon Group, situated on the outskirts of Benidorm above the bus station. The hotel will open on May 18th.

In Alicante, the Hotel Campaniles will reopen on Monday May 11th. In Elche, the three-star Hotel Tryp will also open on Monday.

A few additionals hotels are considering opening albeit with fewer rooms available, including the Hotel Ibis in Alicante. The Hostal Savoy in Alcoy will open partially. During the pandemic the Savoy has been used for healthcare workers but will now open one floor for commercial guests.

The Pensimar hostel located in El Altet, which is around 10km south of Alicante city centre, is also expected to open at some point during the next couple of weeks.