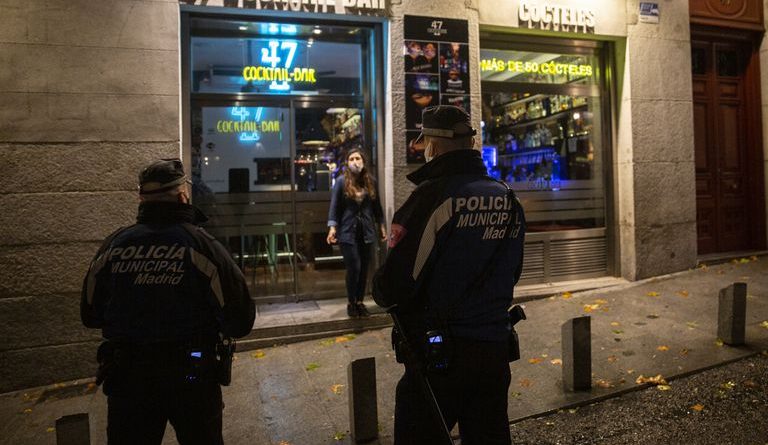 The Generalitat prohibits leaving and entering the Valencian Community since Friday

The Generalitat Valenciana has decreed the Valencian Community’s perimeter confinement since this Friday, October 30th, to last for seven days after the cumulative incidence of coronavirus has doubled in the last two weeks, up to 218 infected per 100,000 inhabitants. Unlike in neighbouring Catalonia, travel will be allowed between the provinces and municipalities of the region.

The regional president, Ximo Puig, stressed that “nothing is worth more than a life so he will put “health above the economy” at all times.

The government lead by socialist Ximo Puig has decreed the perimeter confinement of the entire Valencian Community. However, all the bordering autonomies had previously decided to close their territories for the next two weeks, and Madrid has done the same.

The Generalitat will also consider meetings at the headquarters of traditional festive associations of the Valencian Community to be ‘social’ so that only a maximum of six people will be allowed on the premises. The measure shall remain in force until at least November 9th.

The Ministry of Health, Ana Barceló, has warned that in some municipalities widespread community transition has been detected and exceptional restrictions will apply. These measures will also apply in Morella, Nules and Vinars (Castellón), Algemesí (Valencia) and, in the province of Alicante, in Crevillent, Elche, Elda, Ibi, Muro de Alcoy, Petrer, Pinoso and the 18 municipalities of the health department of Orihuela (Albatera, Algorfa, Almoradí, benejúzar, Beniferri, Bigastro, Callosa de Segura, Catral, Cox, Daya Nueva, Daya Vieja, Dolores, Granja de Rocamora, Jacarilla, Rafal , Redován, San Isidro and Orihuela and their villages, except Torremendo and Orihuela Costa, which belongs to the department of Torrevieja).

Other restrictions limit the capacity at wakes and burials to a limit of 15 people in enclosed spaces and 25 outdoors, 30 people may gather at celebrations, 50% capacity will be permitted in shops outside shopping malls and flea markets, and one third in large areas.

The capacity allowed in common areas of hotels and accommodation will be one third, 50% on terraces, museums and exhibitions, cinemas and theatres, a third in non-professional sports activities and a maximum of six people in any group activity.

These measures, and others, will enter into force on Friday with their publication in the Official Diari of the Generalitat.

This Friday marks two weeks since the Generalitat agreed on restrictions in the towns of Elche, Orihuela, Guadassuar, and Onda. However, the limitations have not had the positive effect expected by health authorities. Thus, Elche registers a cumulative incidence of 260 contagions per 100,000 inhabitants: Orihuela stands at 281; Wave improves and recoils to 132, while Guadassuar barely lowers its incidence with a rate of 1,679 cases, according to data from the Ministry of Health.

The new exceptional measures will come into force on Friday and add to those agreed by the Generalitat last weekend to stop the spread of the coronavirus and will affect the entire Valencian Community, including a curfew that prohibits night mobility between midnight and six in the morning.

The curve of the coronavirus pandemic continues to rise in the Valencian Community. In just one day, the Ministry of Health has reported 1,529 new contagions, 14 dead due to Covid-19, and 57 recoveries.

The escalation of positives continues to trigger hospital pressure, and patients admitted with coronavirus already amount to 1,112 (just over ten percent of the beds in the Valencian health system). Meanwhile, there are 163 people in the ICU due to Covid-19 (17 percent of the places available in intensive care units).

According to the latest update of the Ministry of Health, the cumulative incidence of coronavirus in the Valencian Community amounts to 218 infected per 100,000 inhabitants. However, it remains the lowest in mainland Spain.

Meanwhile, the positivity rate (which measures the percentage spread against PCR tests and antigens present) rises to 15.7 percent, two points above the national average.