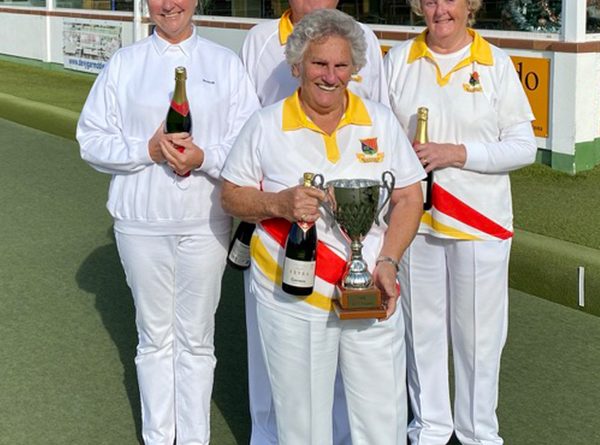 For nine weeks members of the BBC have been competing in the annual 3-2-1 bowling competition. The finals took place on the 17th of December and it was a great day with the leading team being six points ahead with six points on offer. The finals produced a nail-biting finish with just one point difference between the two top teams.

The winners were Wickers World with 36 points. The team members from left to right are, Linda Richards, Terry Corner, Margaret Bailey, and at the front Maureen How.

The runners-up were the Touchers with 35 points. The team members were Mal Chamberlain, Barbara Flynn, Jack Chamberlain, and Bob Bailey.