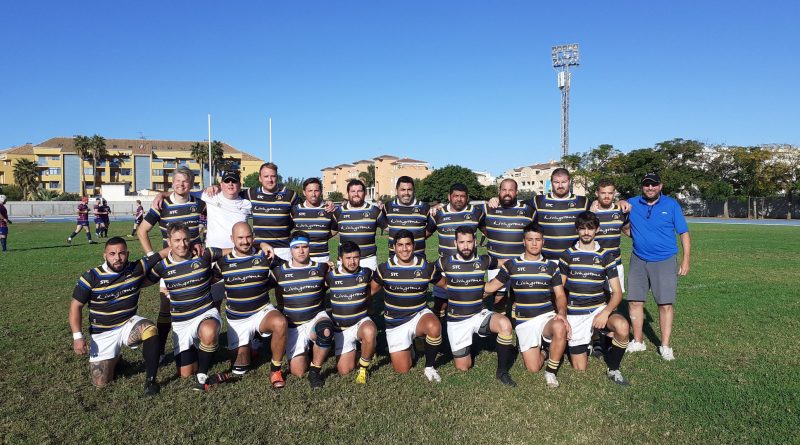 After heavy rainfall on Friday, the weather was kind to Denia on Saturday when the BaBa’s entertained three teams at S14, S16, and Senior levels.

The first match to get underway was the S14 team against Akra of Alicante, and with full credit to the away team, they dominated the game in the initial stages and racked up four quick tries against an out of sorts Barbarian team.

In the second half, the home team got into gear and started to be more aggressive around the pitch and went over for a well-deserved try to get back into the game, but it was too little too late. Credit to Akra and the developing Barbarian S14 players who put in 100% effort again against a better team on the day.

The S16’s were next up in a bruising encounter against a very strong Valencia RC team. Formally known as Technidex, they were just too strong in all areas of the pitch and really showed the level that teams outside of Valencia have to get to if they are going to compete at this level.

The Barbarian S16’s, fielding five feminine players, who we must say were magnificent, put everything into the game and, although losing this tough encounter, can feel very satisfied that they gave everything and will learn from this hard-fought match.

The final match of the day saw the Barbarian seniors battle hard against a well-drilled outfit, San Roque of Valencia.

The Barbarians found it hard to get out of their own half in the first 30 minutes but dug in, and with both sides putting everything into the contact area, it was the Barbarian’s stamina that finally won the day, coming out as the 14-10 winners.

There are no easy games this year for the Barbarians teams, but it is a great learning curve on what needs to be done if we are to progress at all levels.

The Barbarians run Academy teams from under 14’s to 16’s to 18’s through to seniors. Everyone is welcome to come and train and join the club. Free qualified coaching is available at all levels. Please call Santi (Spanish) on 676612357 or Mac (English) on 609646349 for more information.