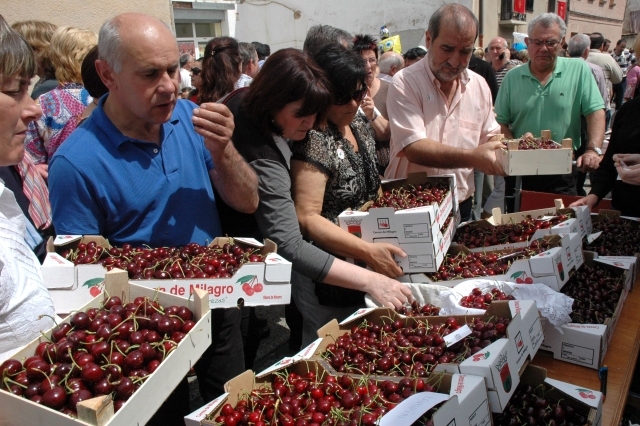 Food and wine festivals catering to every taste, as well as fiestas and culinary events, take place throughout the year in the region of Valencia.

The city of Valencia offers many varied, tasty reasons to lure food lovers to this sunny corner of the Mediterranean. Plan your trip around one of the following events to enjoy some of the best Spanish cuisine based on fresh local produce and mouth-watering traditional recipes: 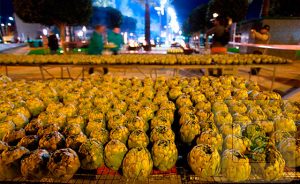 In January,  the town of Benicarló celebrates the Artichoke Festival. The tourist board has declared the annual event a Festival of Regional Tourist Interest. The artichoke, is the immature flower bud of a thistle. It is typically prepared as a vegetable and is culinarily classified as such. Every January, it stars in a wide range of activities in Benicarló. This gastronomic event is held over an extended weekend. The program includes plenty of cooking demonstrations and tastings of traditional or experimental recipes based on the local artichoke variety, as well as an array of musical and theatrical entertainment. 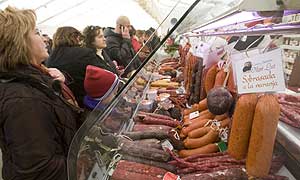 In the first half of February the town of Requena celebrates with a Sausage Festival its quality sausages: la longaniza fresca, el Salchichón de Requena, la Morcilla de Cebolla de Requena, la Güeña, el Chorizo de Requena, el Perro de Requena and la Sobrasada de Requena. Don’t miss the excellent local wines while you are there, or if possible return to Requena for the town’s wine festival help in August.

How good are you at peeling potatoes? If you feel your skills are above average, you may enlist in the Concurs de Pelar Trumfos (black truffle potato-peeling contest) held in Zorita del Maestrazgo during the Potato Festival in February. The contest involves peeling as many kilos of black truffles as possible in a set time. The rules of the contest are straightforward: the potatoes must be peeled until they are perfectly clean, and the eyes removed. If there is any peel left on the potato, or an eye has not been removed, the weight of the offending potato will be deducted from the net weight.

The last weekend in May is the time to try the four types of juicy cherries from the village of Serra, in the heart of the Calderona Sierra (located about 30 minutes drive from the centre of Valencia) as well as other local fresh produce. Recently the festivities of the Cherry Festival have been extended with a Medieval Fair where vendors sell homemade and traditional crafts. 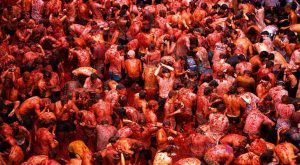 Although not technically what you’d call a food festival, La Tomatina, held on the last Wednesday in August, is often described as “the mother of all food fights”. Thousands of revellers gather in the small town of Buñol (otherwise spelled Bunyol) for a two-hour battle in which they hurl more than 45,000 kilos of ripe tomatoes at each other, just for the fun of it! Both the plaza and the participants are thoroughly hosed down at the end of the fight. 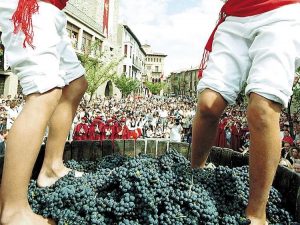 In late August, head to the Utiel-Requena wine region for Requena’s Grape Harvest Festival, offering delicious wines, concerts, comedy, fireworks, parades, and much, much more! Not only wine lovers will enjoy a visit to this historic town and its underground wine cellars, those who enjoy culture will love it, as the region is also steeped in history. Archaeologists discovered ancient Iberian settlements in the region that show that wine production in the area dates from as far back as the 7th century BC. 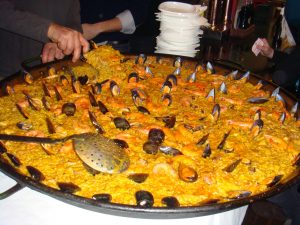 The Fiestas del Arroz pay tribute to the town of Sueca’s defining product: rice. This is a fun festival where tourists celebrate along with the locals and soak up the party atmosphere.

Sueca is known in as “the town of rice”. Every September, the population celebrates their product during the Fiestas del Arroz. Listed as a Festival of Tourist Interest, the festival pulls in crowds with an extensive programme of cultural events and activities.

So if you like paella and other Spanish rice recipes, don’t miss the Rice Festival of Sueca. Chefs from around the world compete in the international paella contest on the Paseo de la Estación. The event celebrates the excellent rice grown in the Albufera nature park with a giant paella. 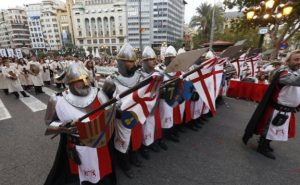 October 9th is the Day of the Valencia Region, commemorating their 13th century liberation from the Moors thanks to King James I. It is customary for men to present their loved ones with the ‘Mocaora’, a gift of fruit- and vegetable-shaped marzipan figurines wrapped in a silk scarf.